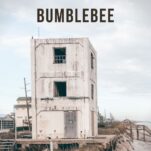 It can be hard to tear your eyes from the expanse of sea and beach that is Topsail Island, but the seeds of what would become known as the Aegis Ballistic Missile Defense System are dotted across our seaside community. Camp Davis in Onslow County first opened in 1940 and is today a training ground for the Marines at Camp Lejeune. In March 1947, Topsail was the official home to top secret Operation Bumblebee. Testing for the surface-to-air missiles took place right on the glorified sand bar that we know today as Topsail Island.

Unbeknownst to them, the architects of those surface-to-air missiles were also launching technologies and perpetuating research that has since branched far beyond their wildest dreams.

Where Operation Bumblebee came from…

It might seem like a thousand years ago, and in terms of technological advancement it kind of is, but during World War II, kamikaze pilots were an intense threat to our national safety. Their onslaught jeopardized the lives of sailors in the Pacific Theatre and caused incredible damage and chaos that bordered on panic.

The Navy set out to create an anti-aircraft missile, an offensive undertaking unlike anything they had ever tried before. Joined by the Applied Physics Laboratory of John Hopkins University, the challenge of taking out the incoming missile of a manned jet began. That technology grew into a defense system that continues to be used the world over in the form of Aegis.

Today part of the original site of Operation Bumblebee has been converted into the Missiles & More Museum, also the home of the Historical Society of Topsail. In this old assembly building visitors can wonder over the plans and calculations that aided in our victory over the Axis Powers in WWII. The history is far from confined to the museum proper, however. Several of the original telemetry towers still stand across the island.

When the Navy took over Topsail Island in 1947 it was uninhabited. Over the next 18 months over 200 rockets were launched as Operation Bumblebee got closer and closer to reaching its goal. By 1951 the capabilities of the Navy’s anti-missile defense had outgrown the 26-mile stretch of their Topsail home. The Operation was moved to the expansive and desolate China Lake in California. The infrastructure established by the Navy for Operation Bumblebee laid the groundwork for today’s Topsail Island community.

Even as Operation Bumblebee officially wound down it’s objective to research and  develop guided missiles and create surface-to-air missile systems for the Navy continued and continues still to this day. Operation Burnt Frost [in 2008], during which a defunct satellite was taken out of orbit by Aegis, was a landmark use of such a technology. The image processing developed to make ballistic missile defense (BMD) more accurate was adapted for photography and photo editing. The jet propulsion designed for the Talos missile is the technology behind shuttle launches for our space program.

To live amongst the evidence where it started is humbling…

The global capabilities and private sector implications of BMD were unfathomable to the minds behind Operation Bumblebee. To live amongst the evidence of where it started is humbling.

It reminds of us of our potential when great thinkers are united in a common goal.