Holly Ridge, North Carolina [home of Camp Davis] is a place that people generally do not stumble upon. About 30 miles northeast of Wilmington on US Highway 17, geographically it is typical of the rest of the region. The soil is loose and sandy, and land’s vast flatness is punctuated by long-leaf pines. On some days you can smell the ocean in the distance and on too many days you can hear the frantic whine of cicadas and mosquitos. That Holly Ridge exists at all is pretty incredible.

In 1940 the population of Holly Ridge was 28. That is not a typo. There were two stores, seven houses, and a train station. It had only been established 50 years prior as a fuel stop for the railroad. For anyone who has ever cursed the uniquely modern inconvenience of rush hour traffic this might sound like dream. 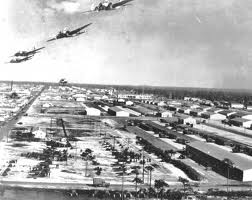 The first troops arrived at Camp Davis in the Spring of 1941 and, less than 5 years later, that same camp would be closed. By 1948, Camp Davis was completely dismantled. Despite its brief window of activity, this base helped to establish the vibrant military tradition in eastern North Carolina that continues today.

Named after Maj. Gen. Richmond Pearson Davis, Camp Davis was situated on about 46,000 acres. At its height Camp Davis held 20,000 soldiers, more than 3,000 buildings, 30 miles of paved streets, and a water plant with a 95,000-gallon storage capacity. 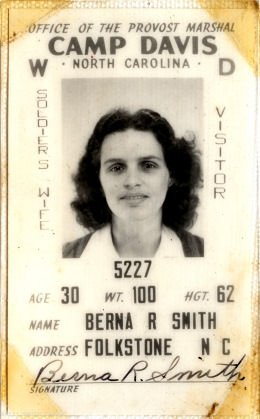 Most notably is that Camp Davis is where women proved that they were capable of flying aircraft and they indeed belonged in the cockpit.  The WASP (women air force service pilots) played an integral role during WWII so that male pilots could go overseas. 25,000 women applied and 1,074 were awarded wings.  At Camp Davis they towed targets for anti-aircraft training.  For more information on these brave pioneers of equal rights for women refer to:  https://www.ourstate.com/the-women-pilots-of-wwii/.

Author Fannie Flagg has written a wonderful story based on these women:

Before WWII, Camp Davis was the only base to have the triad of anti-aircraft defense, seacoast defense, and barrage balloon training under one command. Camp Davis was one of military’s only seven anti-aircraft training centers. The firing ranges on Camp Davis’s satellite bases would eventually transform into some of the places we play and live today (Sears Point, New Topsail Inlet, Maple Hill, Holly Shelter, and Fort Fisher). It is impossible to imagine Holly Ridge and much of present-day eastern North Carolina without the military impact. 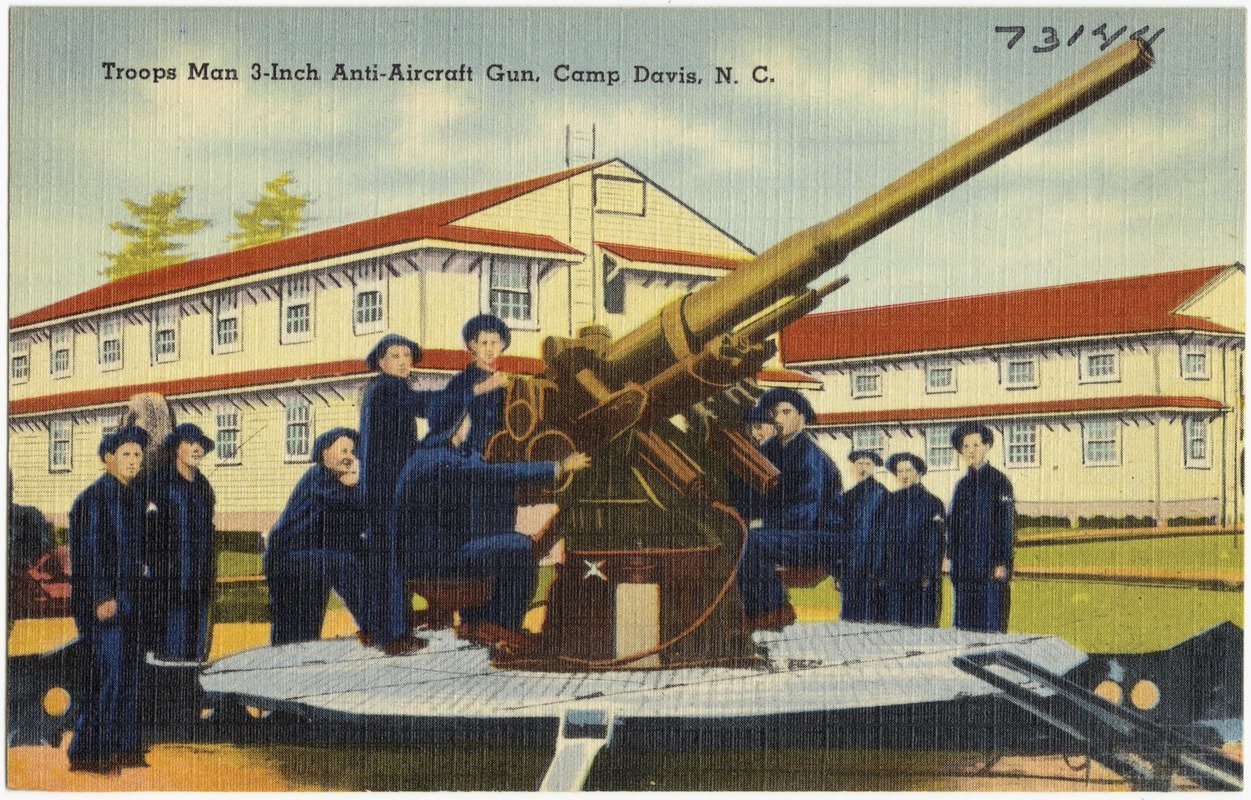 Old timers today reminisce about drag racing on the airfield runways in the 1980s. People from the area with long memories recall the brick forests of chimneys from the expanse of houses on the base. Although some of Camp Davis operates as a training facility for Marines at Camp Lejeune and New River Air Station in Jacksonville, its role in Onslow County has been greatly diminished. 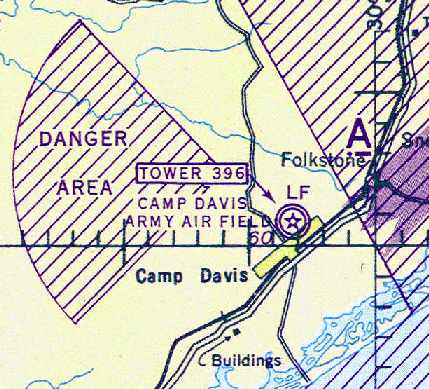 Holly Ridge would not be the town we know it as today without the swift rise and efficient dismantling of Camp Davis. In fact, it would not likely be a town at all. The sudden influx of infrastructure, people, and money from the military operations allowed Holly Ridge to sink some roots into the loamy ground and grow into the garden of a community we know it as today.