Some first impressions from when I moved to coastal North Carolina: The ocean, of course, was hard to miss. Everyone was (and remain) routinely nice people who will make the time to chat. The people here are tan. About half the cars on the road featured a “Salt Life” sticker. I also noticed car washes. Everywhere.

It was something of a joke to me at first. I’d try to give directions with a car wash as a landmark. That wasn’t helpful.

When I first moved to coastal North Carolina I didn’t think about all that salt water the ocean is known for. It’s easy to get caught up in sand removal and forget about the other remnants of the beach. But here the ocean breeze is everywhere. Salt life, indeed.

And I didn’t know that much about rust. There’s a reason those car washes stay busy year-round. Salt water and metal are a recipe for rust.

Rust, it turns out, is corrosion. Iron reacts to oxygen to such an extent that pure iron is rarely found in nature. Rust happens when an electrolyte (e.g., water) meets iron. By conducting a charge, the electrolyte dissolves the metal. Water breaks down into hydrogen and oxygen, and oxygen, as we know, reacts with iron. The free oxygen joins with the iron to create iron oxide. Iron oxide is the compound name for rust.

Water alone is not a great electrolyte. Water combined with carbon dioxide, a gas in our atmosphere, form a weak carbonic acid. Carbonic acid is a better electrolyte.

Want to know what’s a great electrolyte? What really gets that current flowing and the chemical reactions happening? Saltwater. Salt life is rust life. That’s why there is a car wash on every corner. 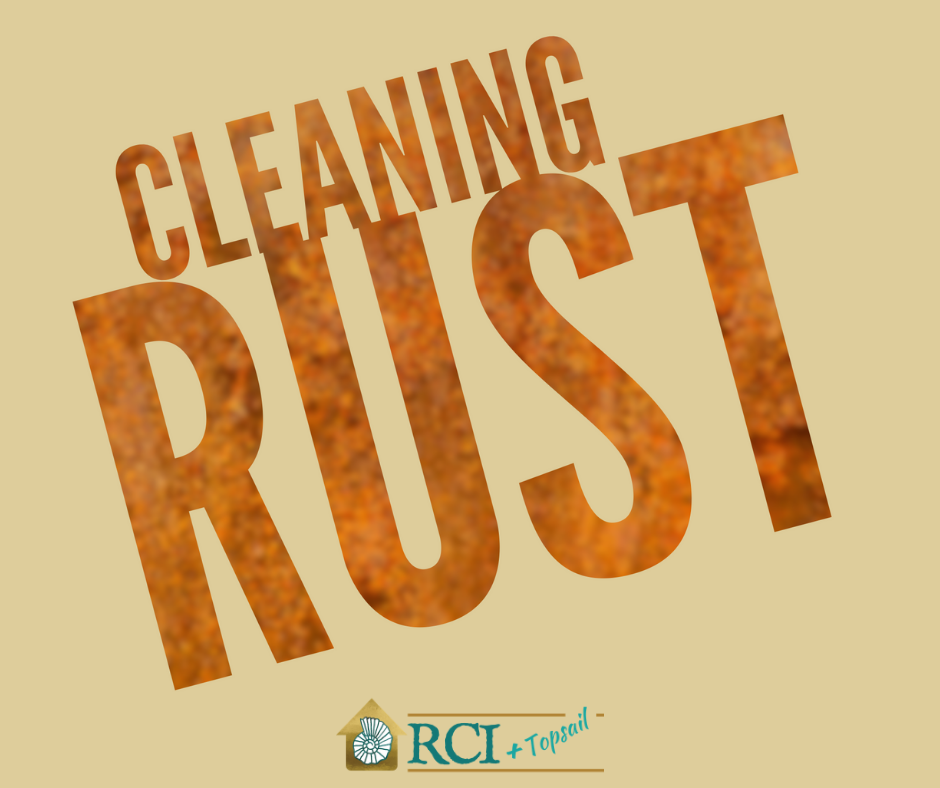