One of the many allures to beach life is the reliability of change.  Here comes the sun rising over the Atlantic, the ebb and flow of tides and riptides, sea turtles laying eggs that will soon hatch, even the chaos of hurricane season, are how we come to orient ourselves with a seaside life.

The journey to the beachfront can be part of the fun. In the days before GPS and cell phones the act of traveling was dictated by maps jammed into glove boxes and strewn across car seats. Landmarks along the way let us know that we were still on the right path.  There are still plenty of cars here in Surf City that keep a roadmap in reach. And our landmarks are as good as a compass. 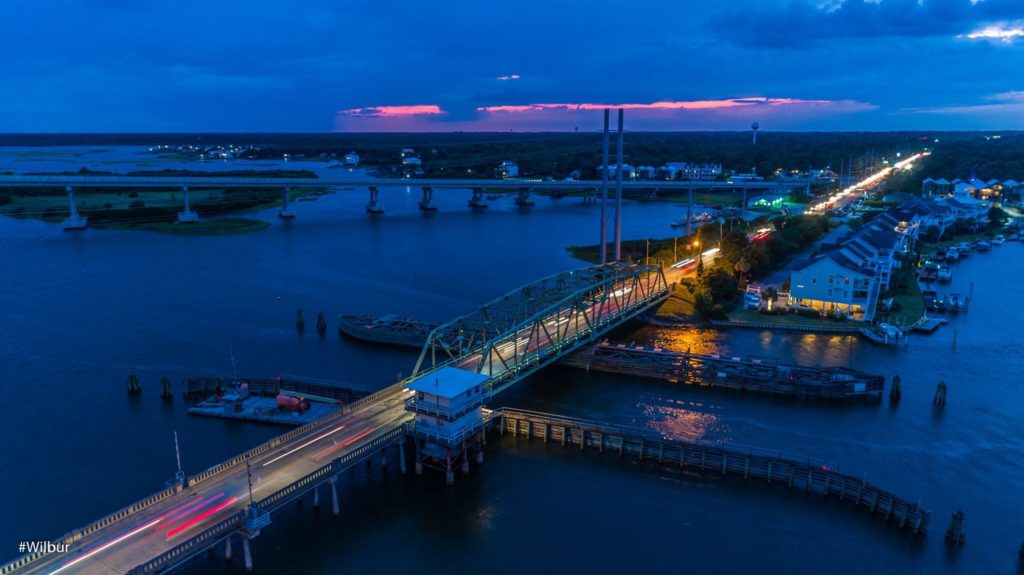 For the generations of families that visited and would come to live in Surf City, the Swing Bridge was the ultimate, big kahuna of a landmark. The rattle of tires on the bridge’s metal frame signaled the beginning of a holiday.  Built in 1955, the 255-foot swing bridge has been the gatekeeper to Surf City and part of the Intracoastal Waterway for many years. Splotchy with rust and patches of sea-foam green paint, the Swing Bridge was iconic. It was also sorely outdated. 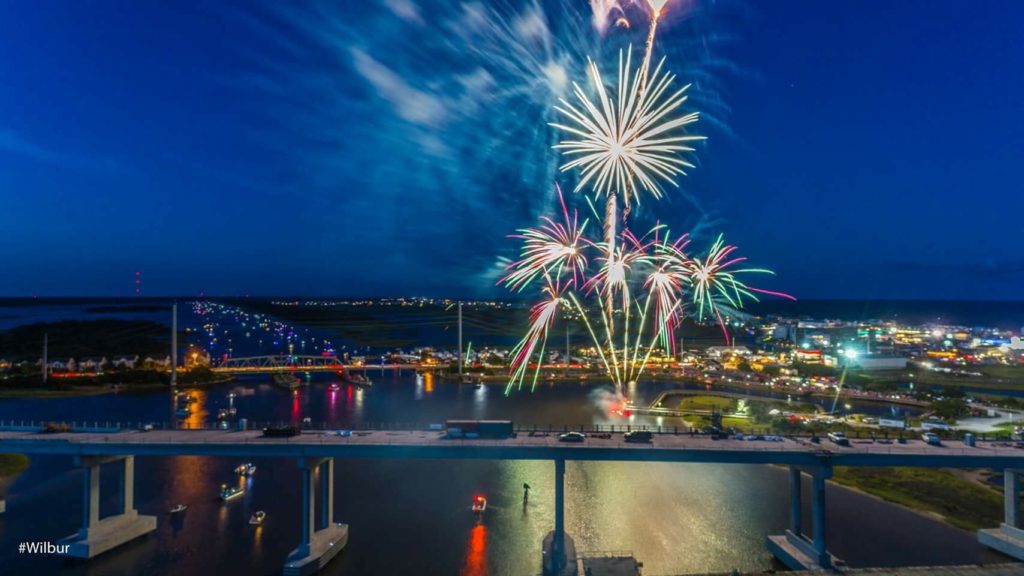 On July 2, 2018 the bridge broke. Boats couldn’t pass through and cars had to reroute to the North Topsail Beach bridge to access the mainland. The screech of it getting stuck rang like a death knell. According to NCDOT spokesman Brian Rick, the swing bridge was costing over $200,000 annually to maintain along with an additional $2.4 million in user cost. Land traffic was becoming too backed up when the bridge was swinging. More people are trying to get to and leave Surf City on a daily basis than ever before. The swing bridge wasn’t keeping up. Plans to replace it were swiftly put into action. 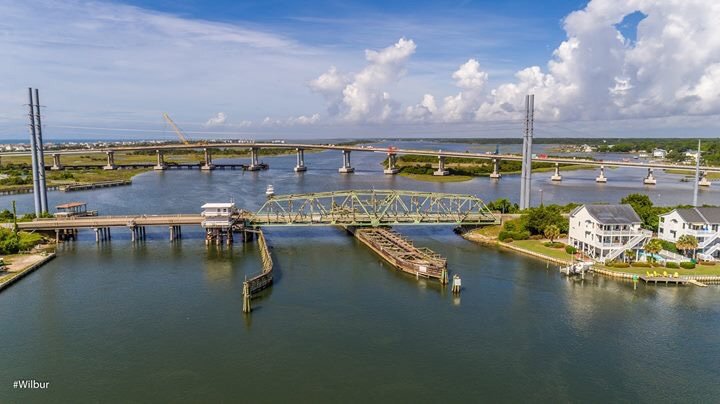 According to Balfour Beatty, the contractor awarded the $54 million NCDOT contract, the new bridge could be ready for use as soon as December of this year. It was not expected to be finished until Fall 2019 but early completion has been incentivized. The new bridge will be just south of where the swing stands (for now). This new bridge will be 3600 ft long and 65 ft above the water at its apex. Car traffic will no longer be at the whim of boat traffic. There will also be a pedestrian and bike lane on the new bridge to invite more variety of traffic. Upkeep of the new bridge will be more cost effective. No one has said that it won’t make life a little easier for Surf City. The comings and goings, at least, will be simpler. 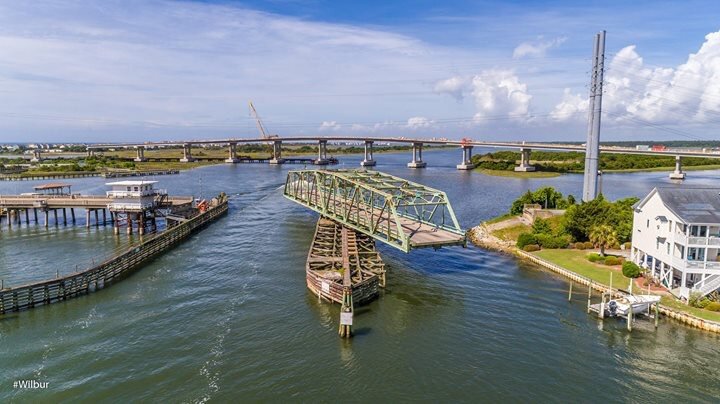 Saying goodbye, even to a woebegone landmark, always hurts a little. The unofficial symbol of Surf City will soon be dismantled but the new bridge is hardly a mark of distinction. Maybe, too, we are a little worried that the bridge held some part of our identity. It won’t be there any longer to joggle loose precious memories of family vacations that have long been over. We will have to keep our eyes out for a new bridge to let us know we are home. Regardless of how you get over those waters though, Surf City will still be waiting on the other side to welcome you back.