Carnivorous plants defy our sense of order. The notion of a predatory plant is contradictive to our understanding of nature as serene and peaceful. Nature is brutal. Venus flytraps are in particular, with their fang-like leaves that trip like biological bear traps. It is easy to imagine them in a tropical jungle, somewhere deep in the Amazon. Despite the exoticism of the Venus flytrap, it’s a longtime Carolina resident. it is native only to the 60-mile radius around Wilmington, NC. In fact, the Venus flytrap is the official carnivorous plant of North Carolina. 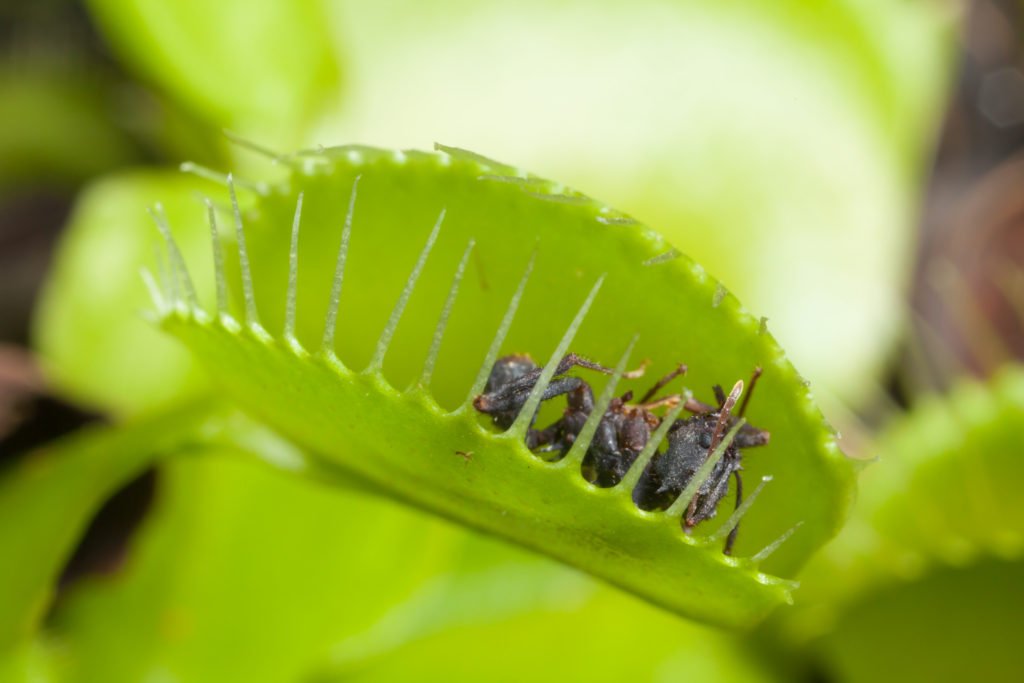 The most wonderful plant in the world.

In 1875, Charles Darwin wrote that the Venus flytrap “is the most wonderful plant in the world.” Since then, more research has been done on the wonder of carnivorous plants. Botanists have discovered that the Venus flytrap belongs to a small group of plants capable of rapid movement. Because of how much energy is needed to shut the trap, a Venus flytraps can only do it 7 times in its lifetime.

The wet, nitrogen- and phosphorus- poor soil in the bogs around the Carolina coast provide the perfect growing environment for Venus flytraps. The nutrient poor soil is suspected to be the evolutionary push for Dionaea muscipula to turn to bugs as a food source. They thrive in 14 hour/day of sunlight and fall dormant from October to February when the days shorten. 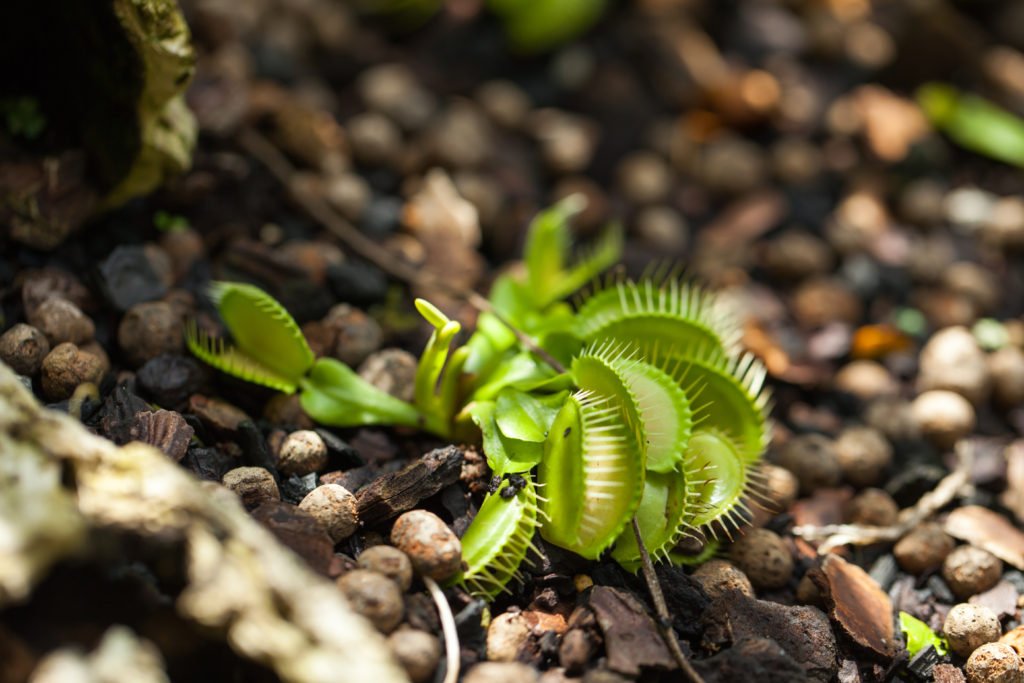 Many factors contribute to the Venus flytrap’s listing by the National Wildlife Federation as a vulnerable species. Fire suppression, for instance, allows trees to grow. The canopy prevents the flytraps from getting adequate light.  Silviculture, conversion to agriculture, and development damage the small area where flytraps grow, too. Poaching has become an increasing problem in recent years and legislation was passed in 2014 has designated that crime a felony.

Only an estimated 33,000 plants remain in the wild on land owned by the US Military, the North Carolina state government, and the Nature Conservancy. 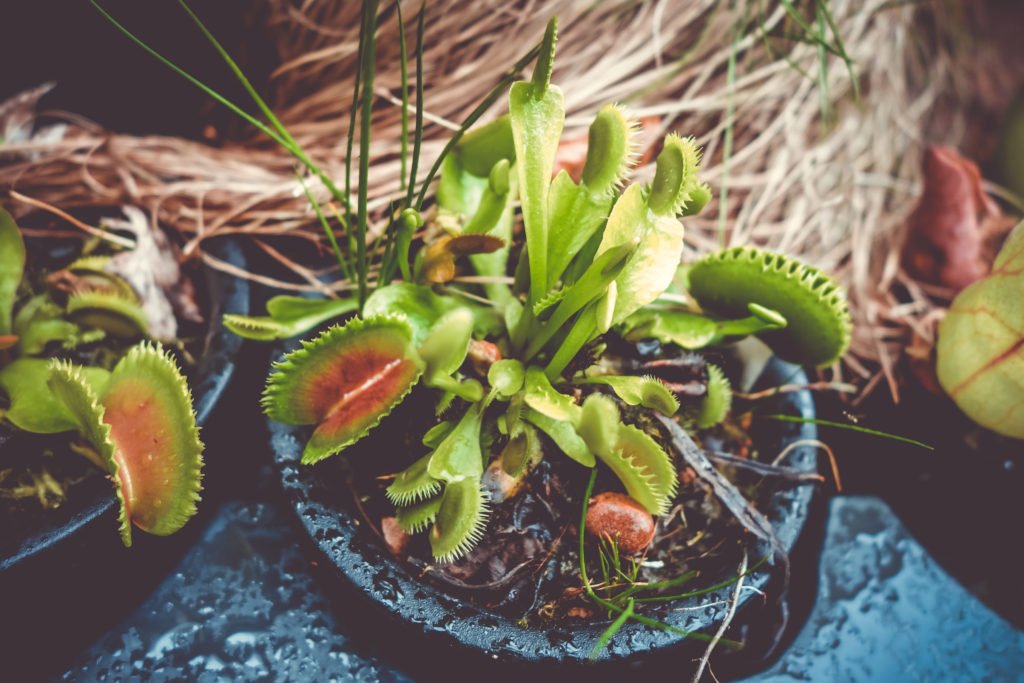 If you want to see Venus flytraps for yourself, there are a number of places to find them in the area. At the UNCW Bluethenthal Wildflower Preserve a flower box along the trail contains a few specimens. They can also be found at Carolina Beach State Park and Green Swamp.

Know of any additional spots to see Venus flytraps? Contact us and let us know! 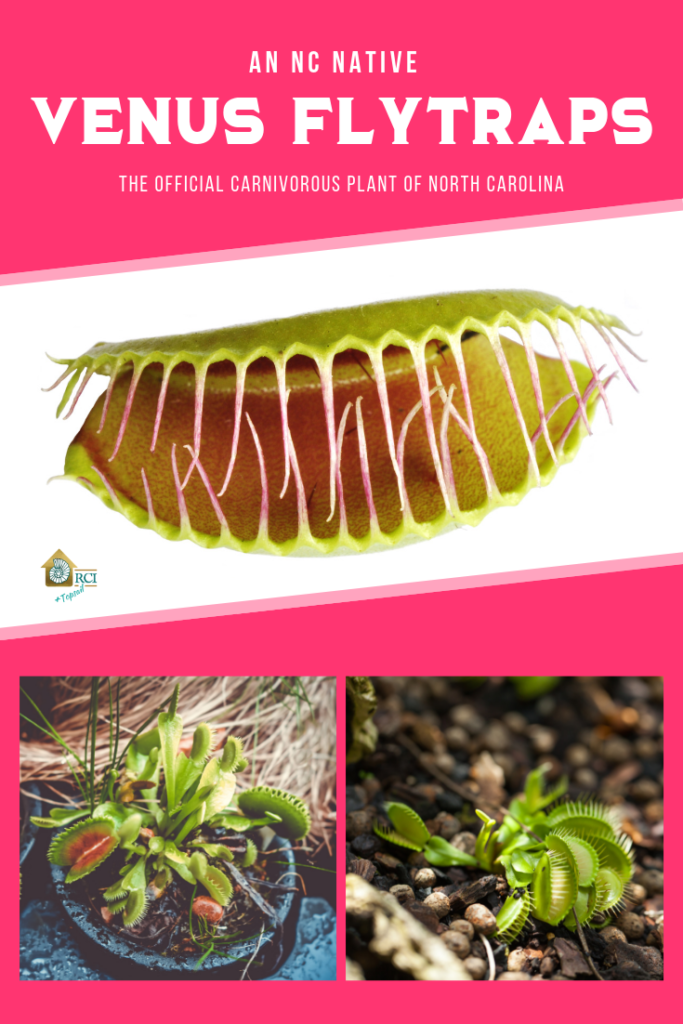