Marsh tackies, sand ponies, or bankers, the wild horses of the Outer Banks go by a number of names and reign as the region’s unofficial mascot. These majestic animals roam unencumbered on the picturesque beaches. Today the horses are present at Ocracoke, the Rachel Carson site, and our very own Shackleford Banks. Likely brought to the Americas in the 1500’s, the horses have managed to survive without human interference for a long while. They might be independent creatures but today the horse’s human advocates come to their aid from time-to-time. 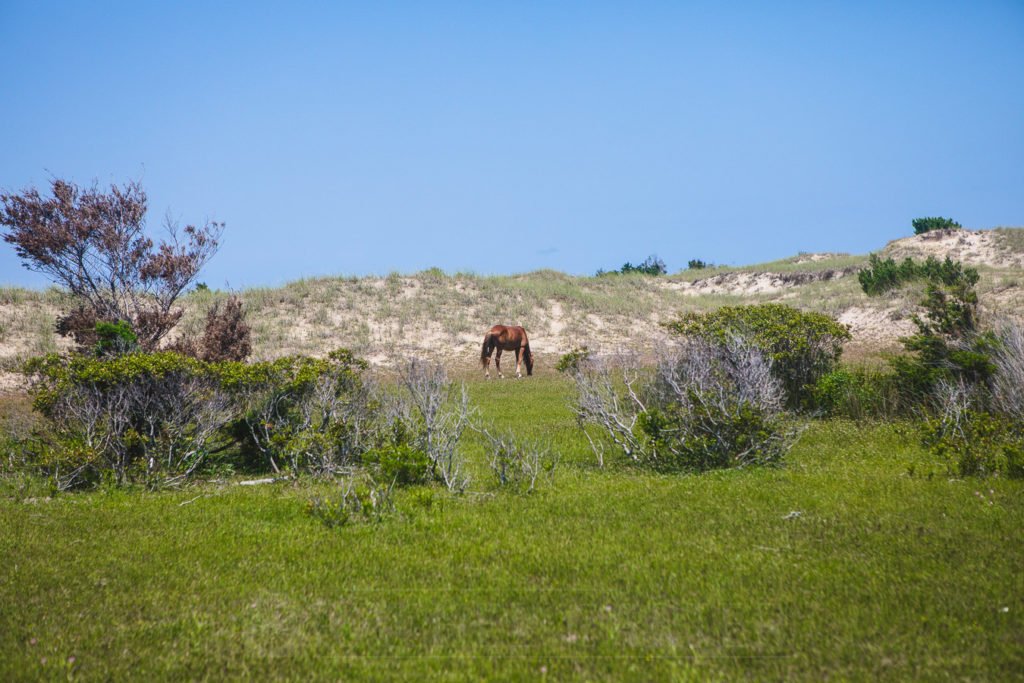 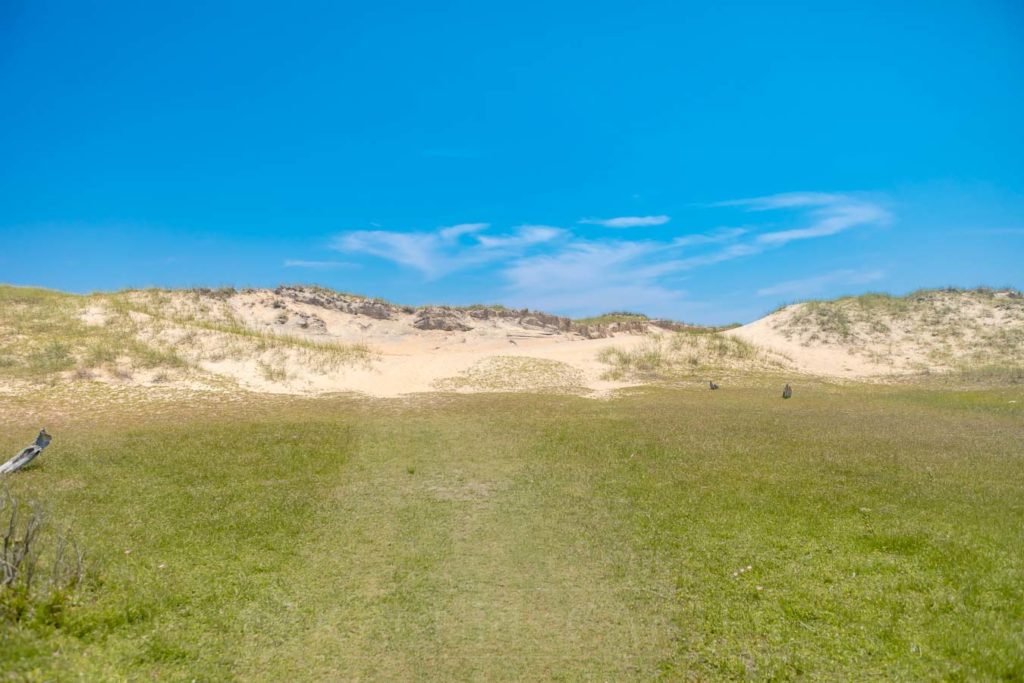 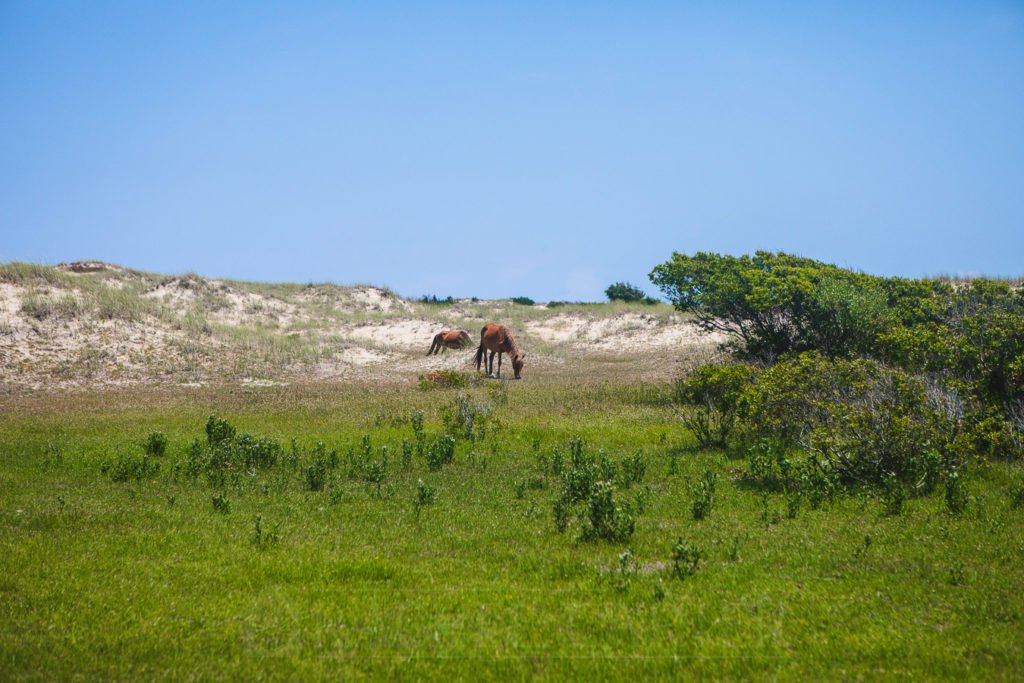 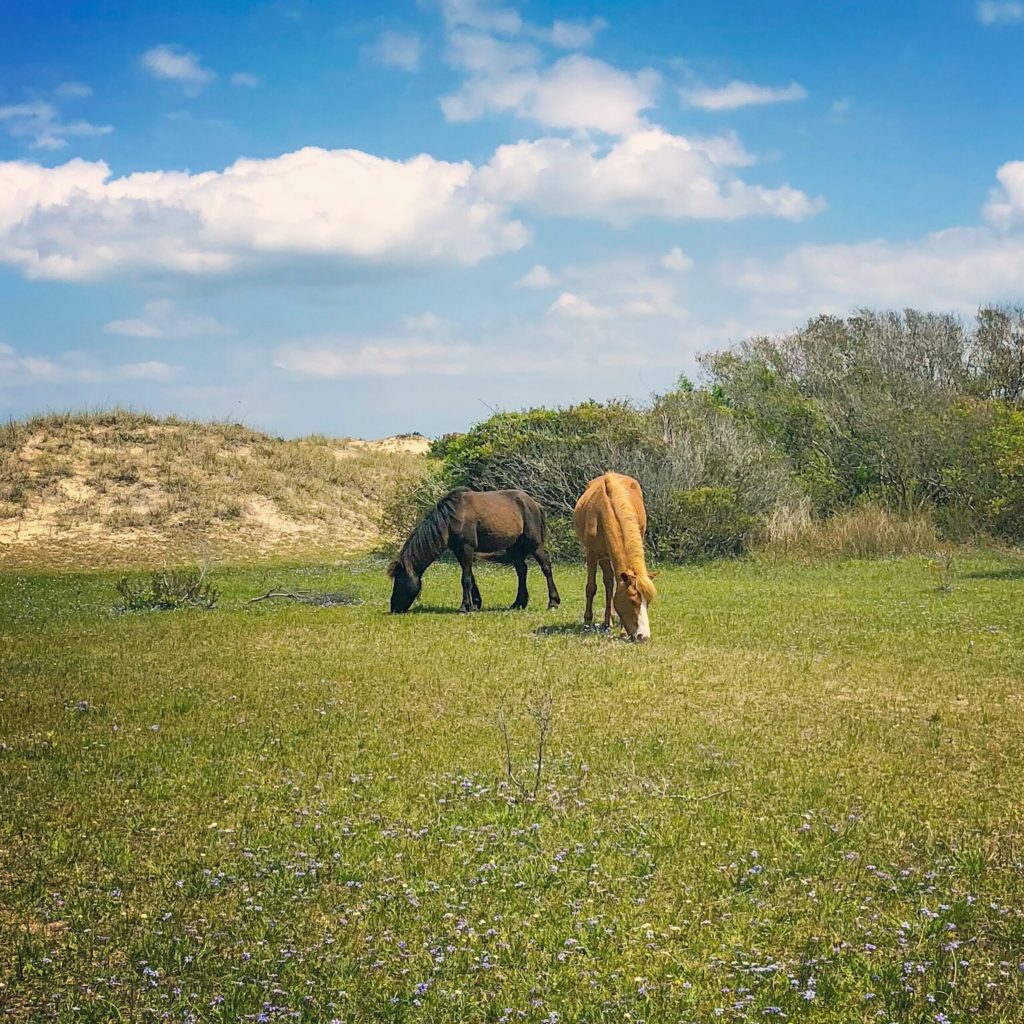 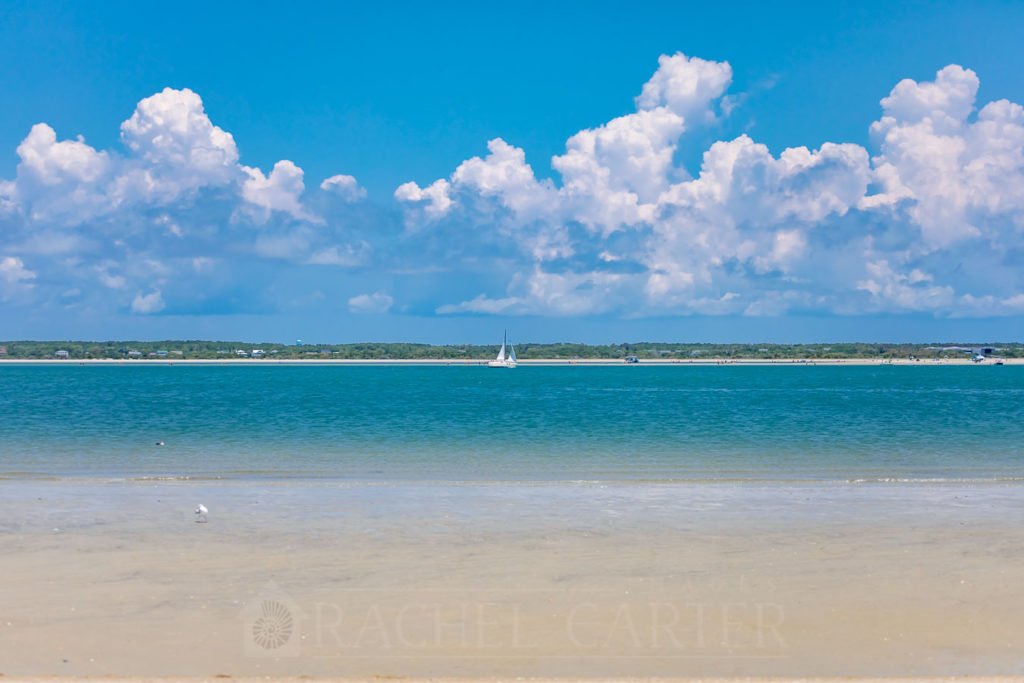 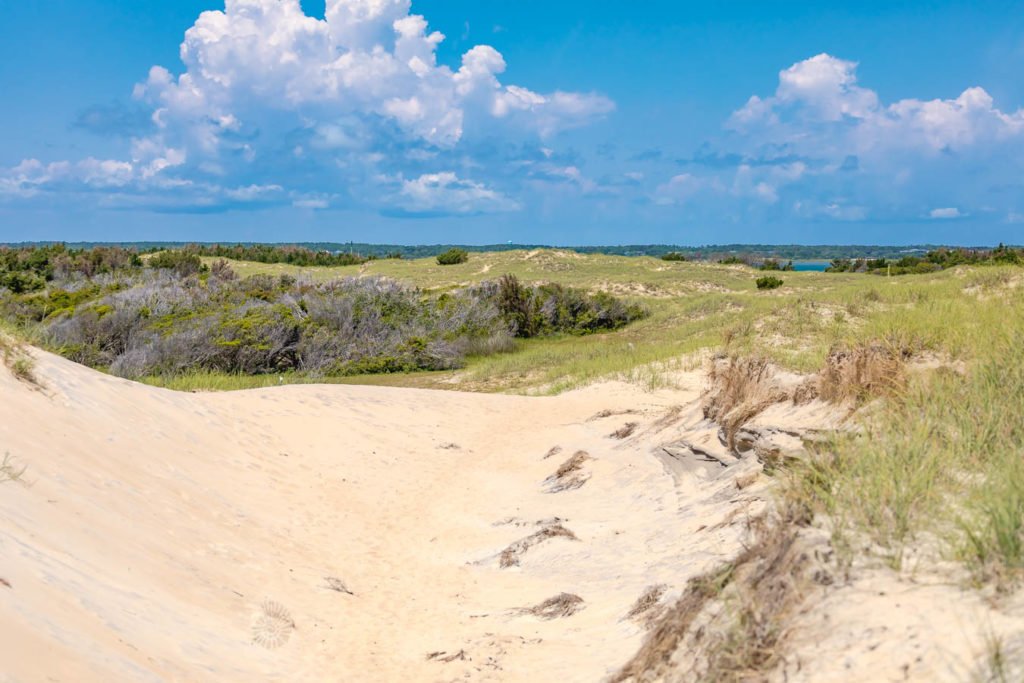 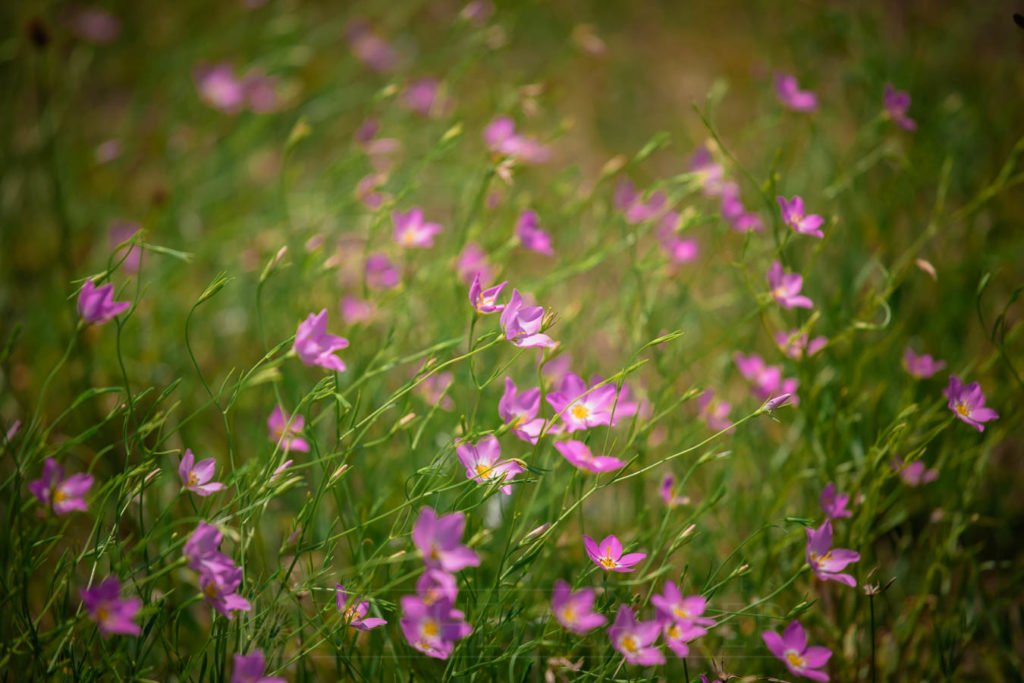 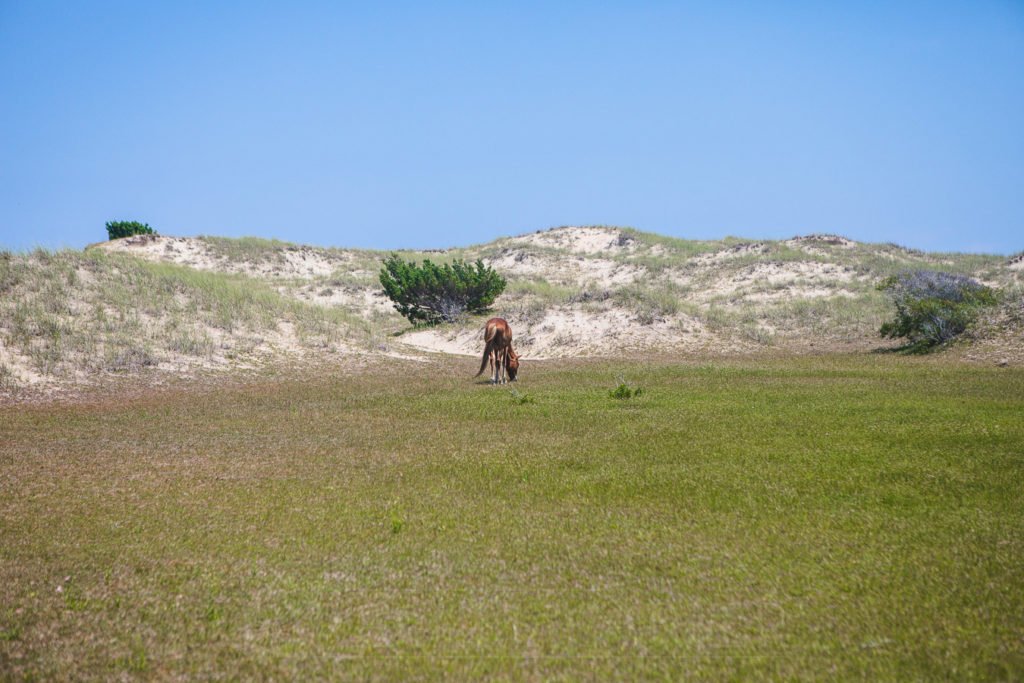 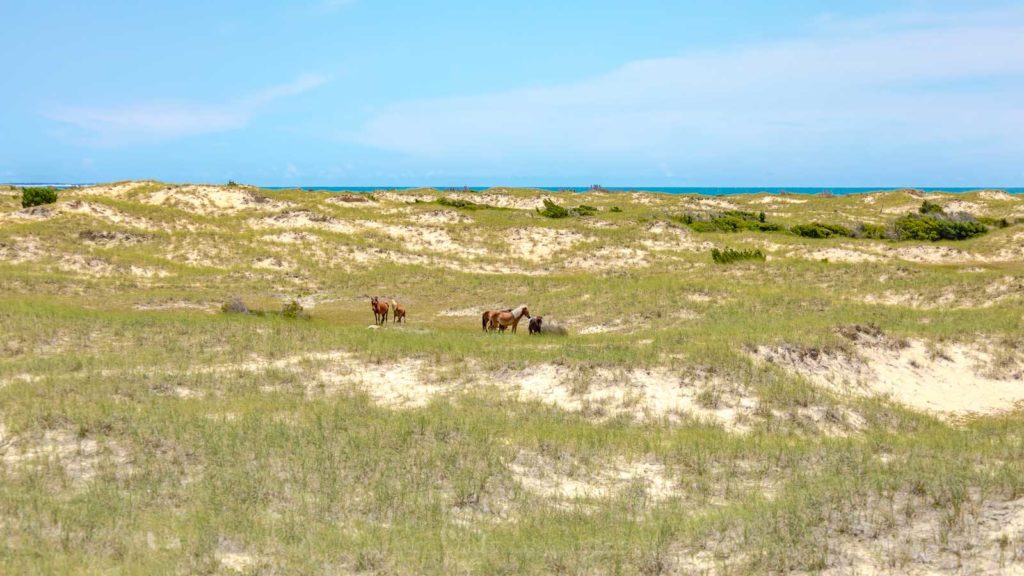 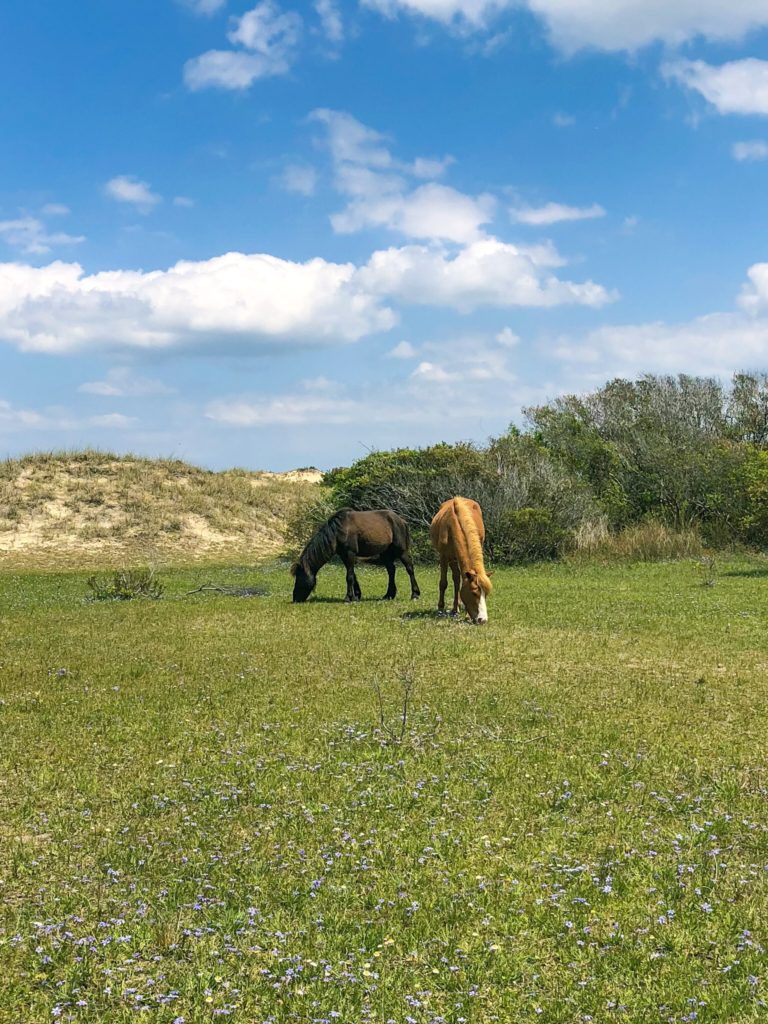 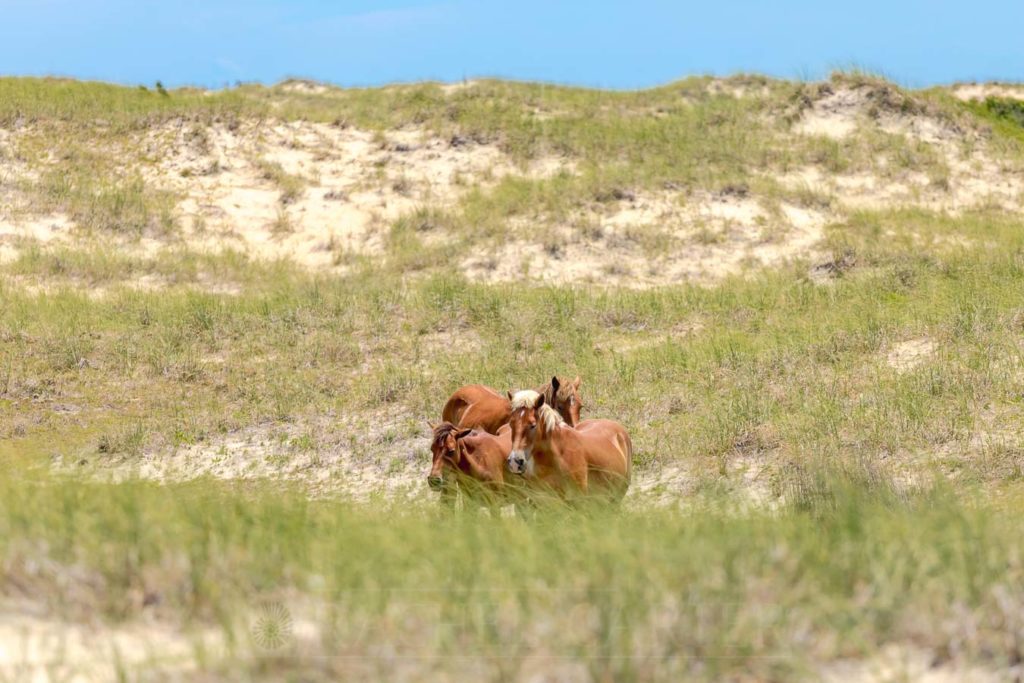 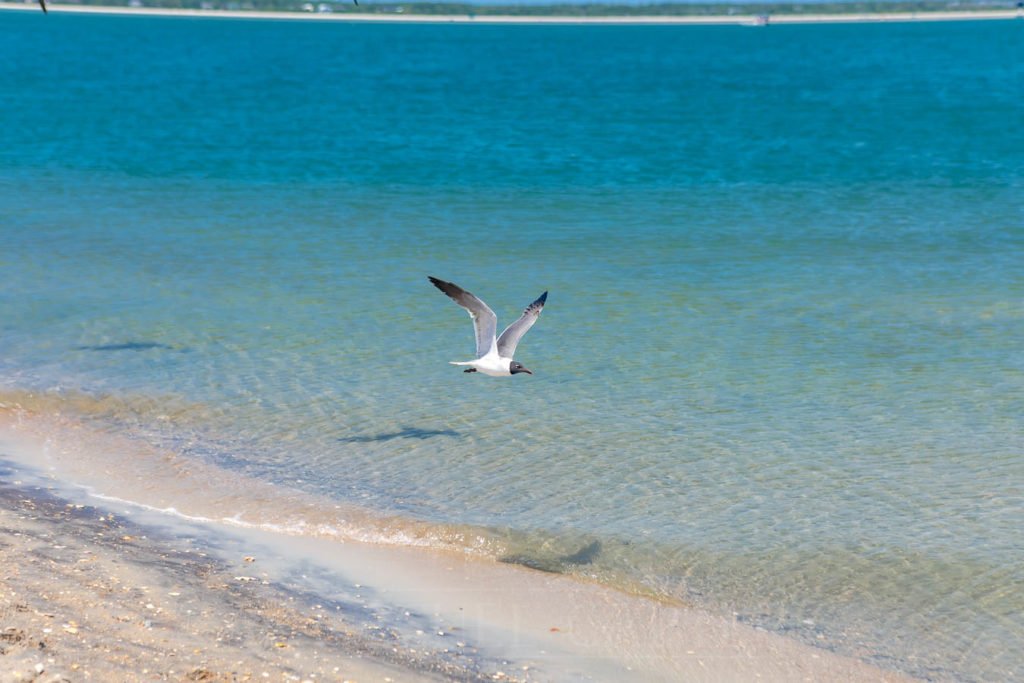 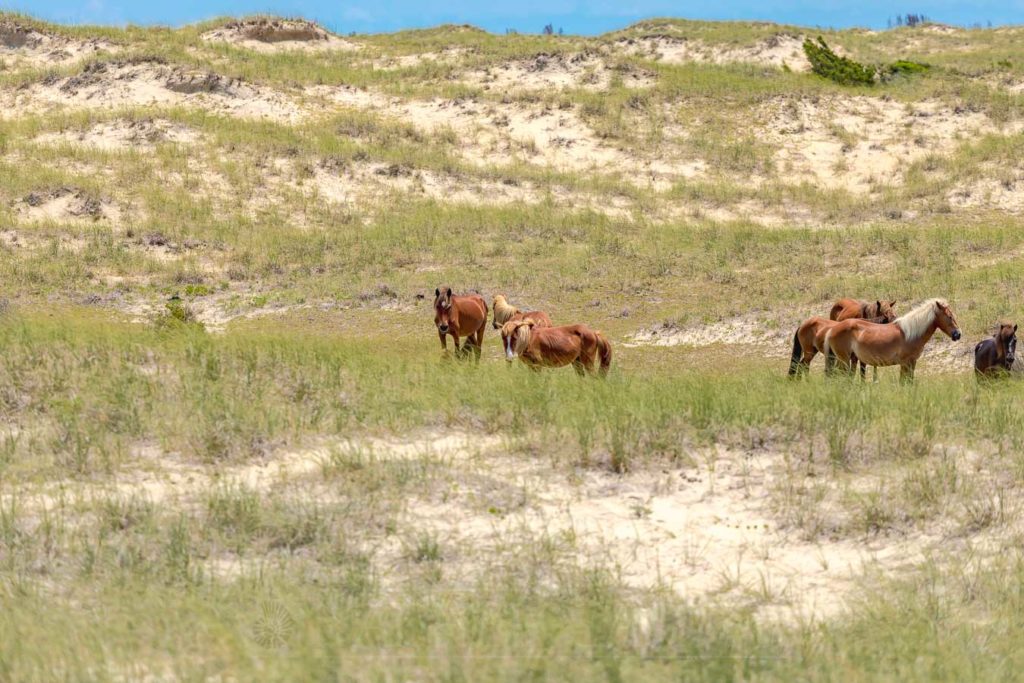 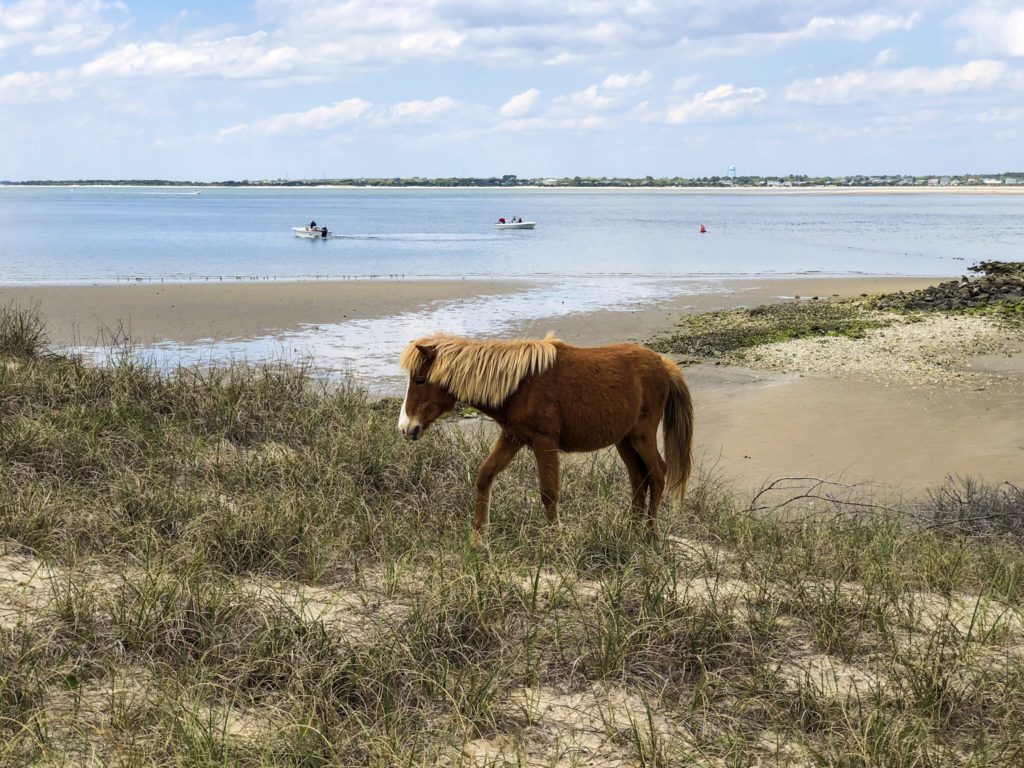 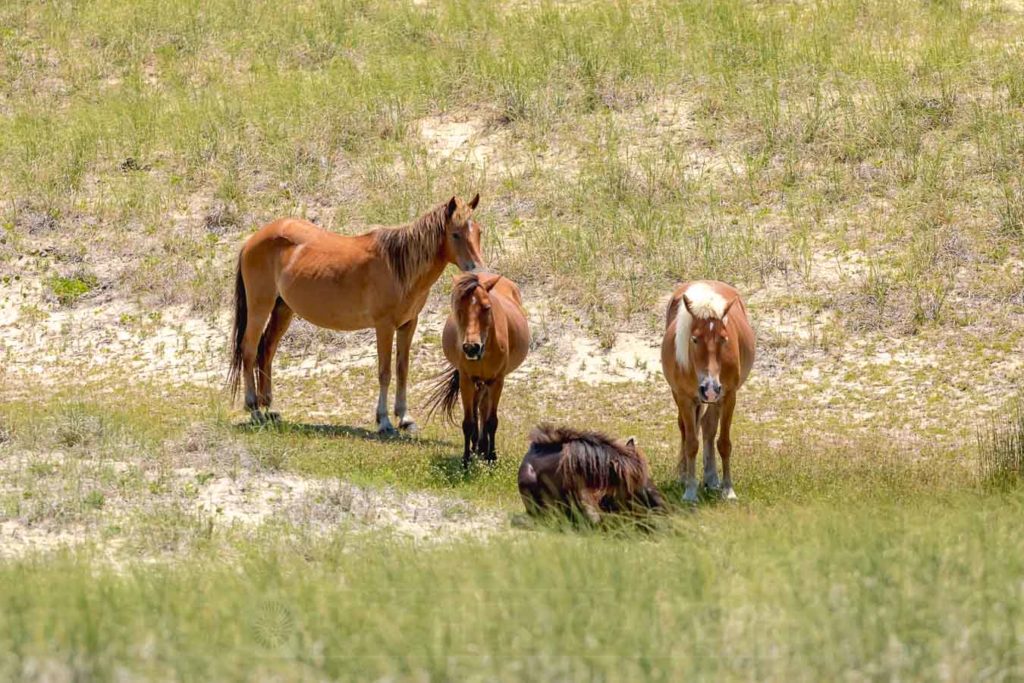 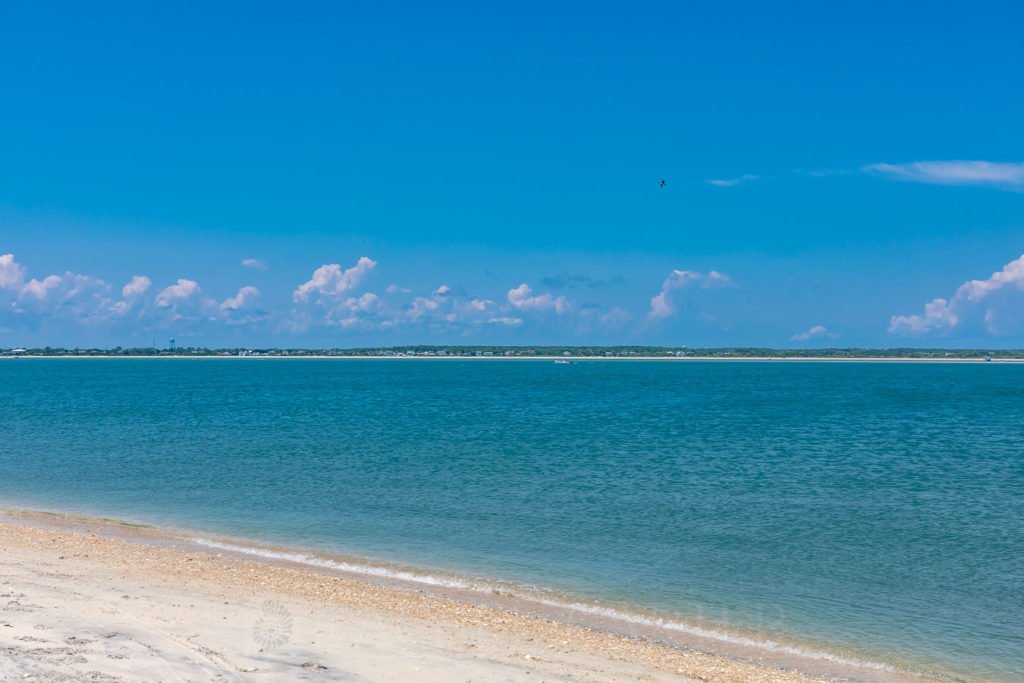 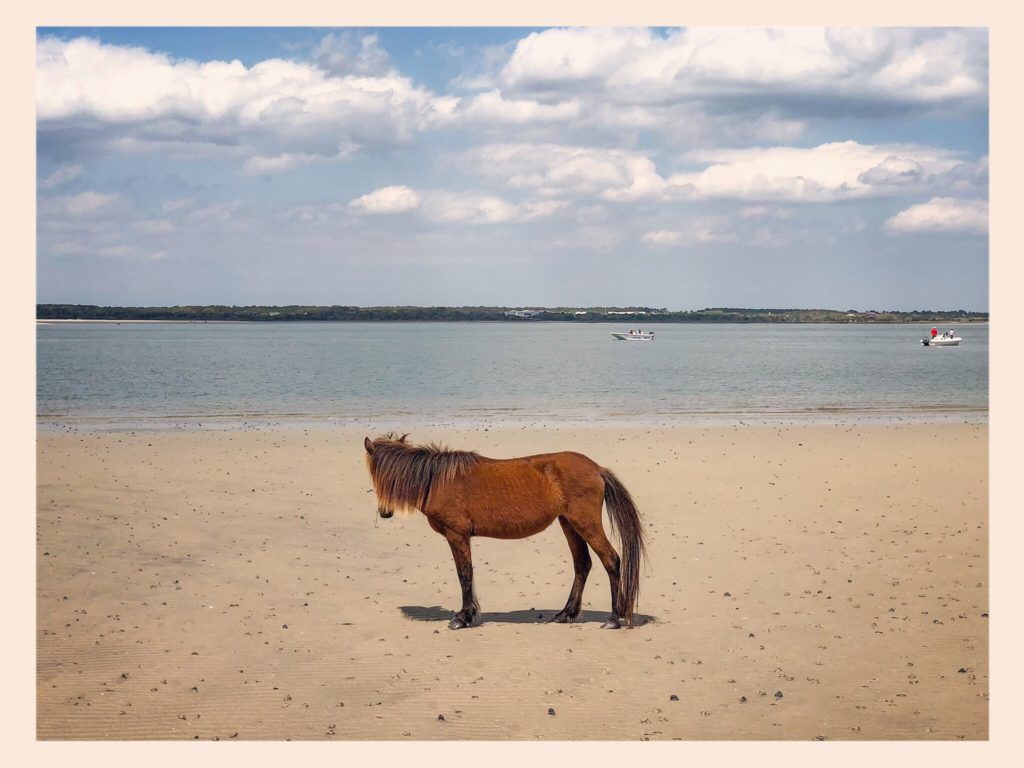 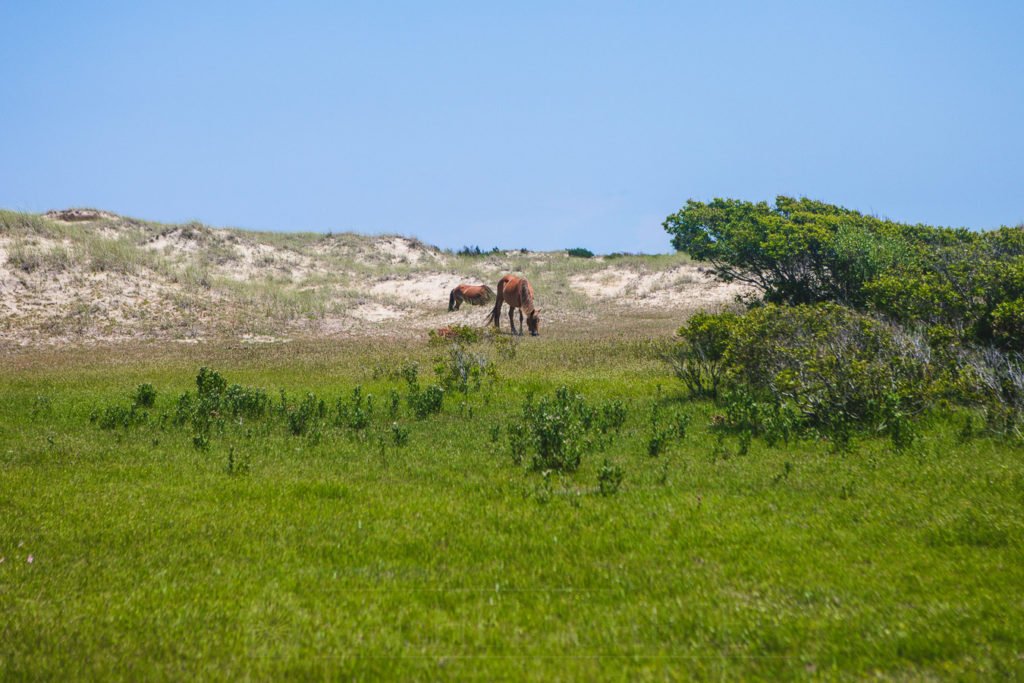 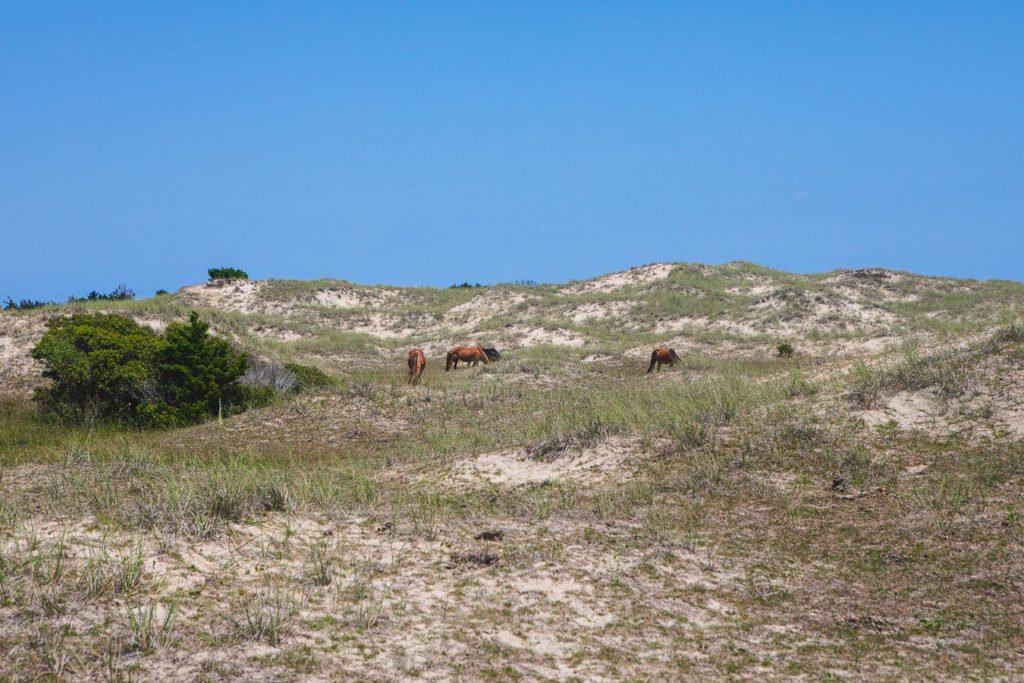 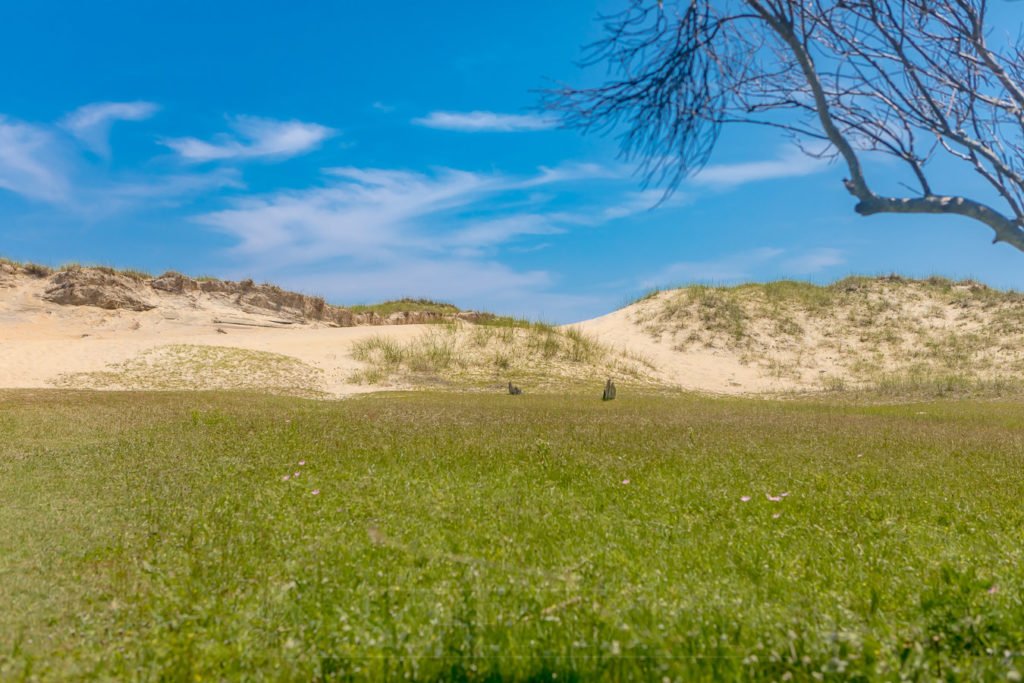 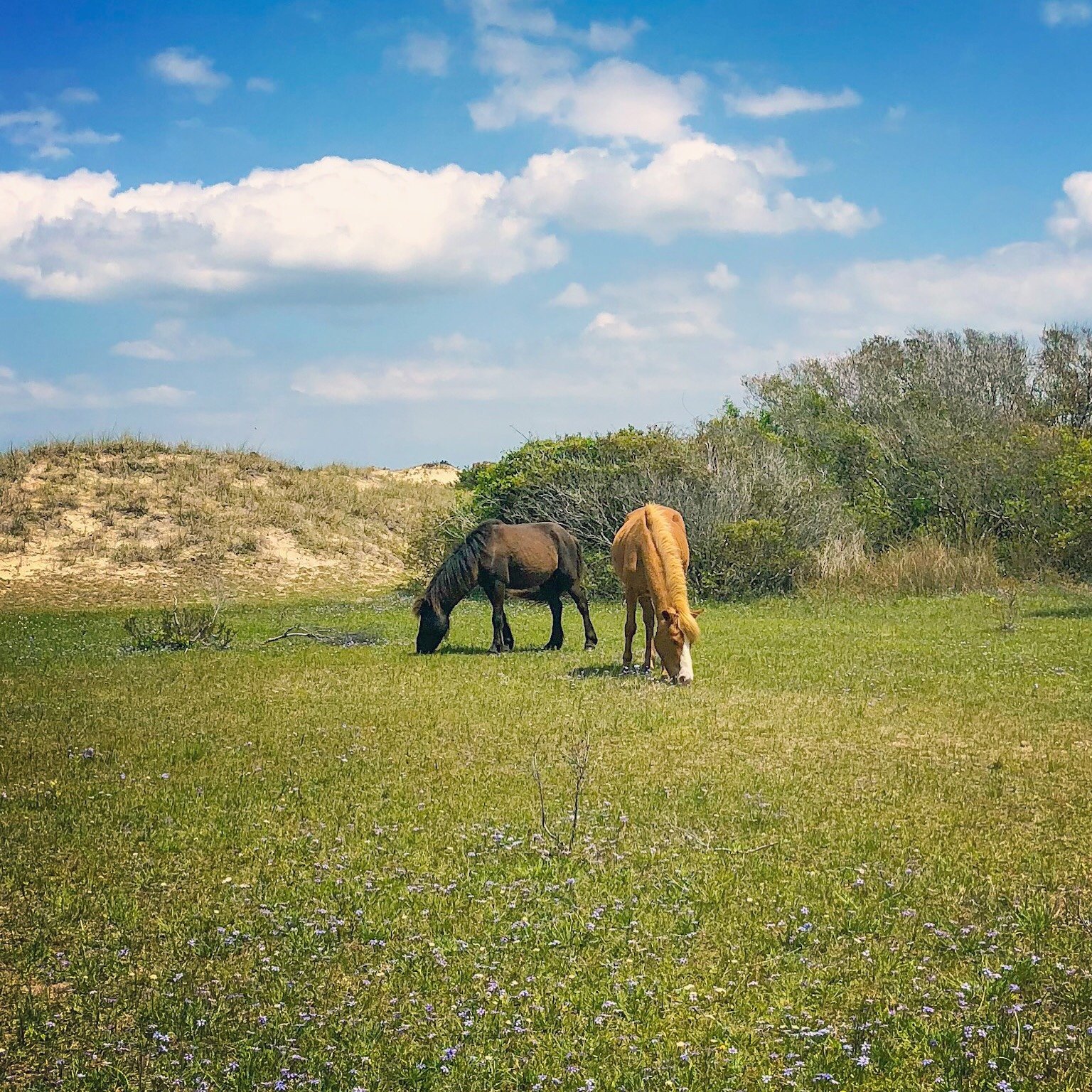 Shackleford Banks is the southern- and western-most island of Cape Lookout National Seashore. Originally called Cart Island for its place in Carteret County, the land was acquired in 1713 by Virginia planter John Shackleford. The horses were already there for a couple hundred years by the 1700’s. The horses have set up a permanent residence where people have not been so lucky. Since Diamond City was evacuated of its 500 residents in 1902 after the San Ciriaco hurricane, Shackleford Banks has been occupied by horses alone.

Genetic testing indicates the wild horses are descendants of Spanish mustangs. The most common theory is that Spanish explorers arrived on the barrier islands off the coast of what would be North Carolina and Virginia during the colonial period of the 16th c. Some speculate that boats arrived laden with all the materials needed to begin a settlement in the new world. When conditions were not favorable or indigenous populations proved unfriendly (or, perhaps, just uncooperative) the Europeans hurriedly boarded their boats and left the animals to fend for their own. There might not be any wild cows wandering the beaches of Shackleford Banks but those original horses were able to thrive.

It has not been all idyllic beach living for the horses, however. NC Highway 12 was built in the 1960’s to facilitate tourist and local traffic to and from the Outer Banks. It immediately became a threat to the animals unfamiliar with motor vehicles. Despite a series of fences and barriers, horses have been routinely struck by traffic. In 1996 an outbreak of equine infectious anemia resulted in the euthanizing of 76 horses. Climate change, pollution, and erosion all threaten their environment and ability to roam (just as it does to ours). 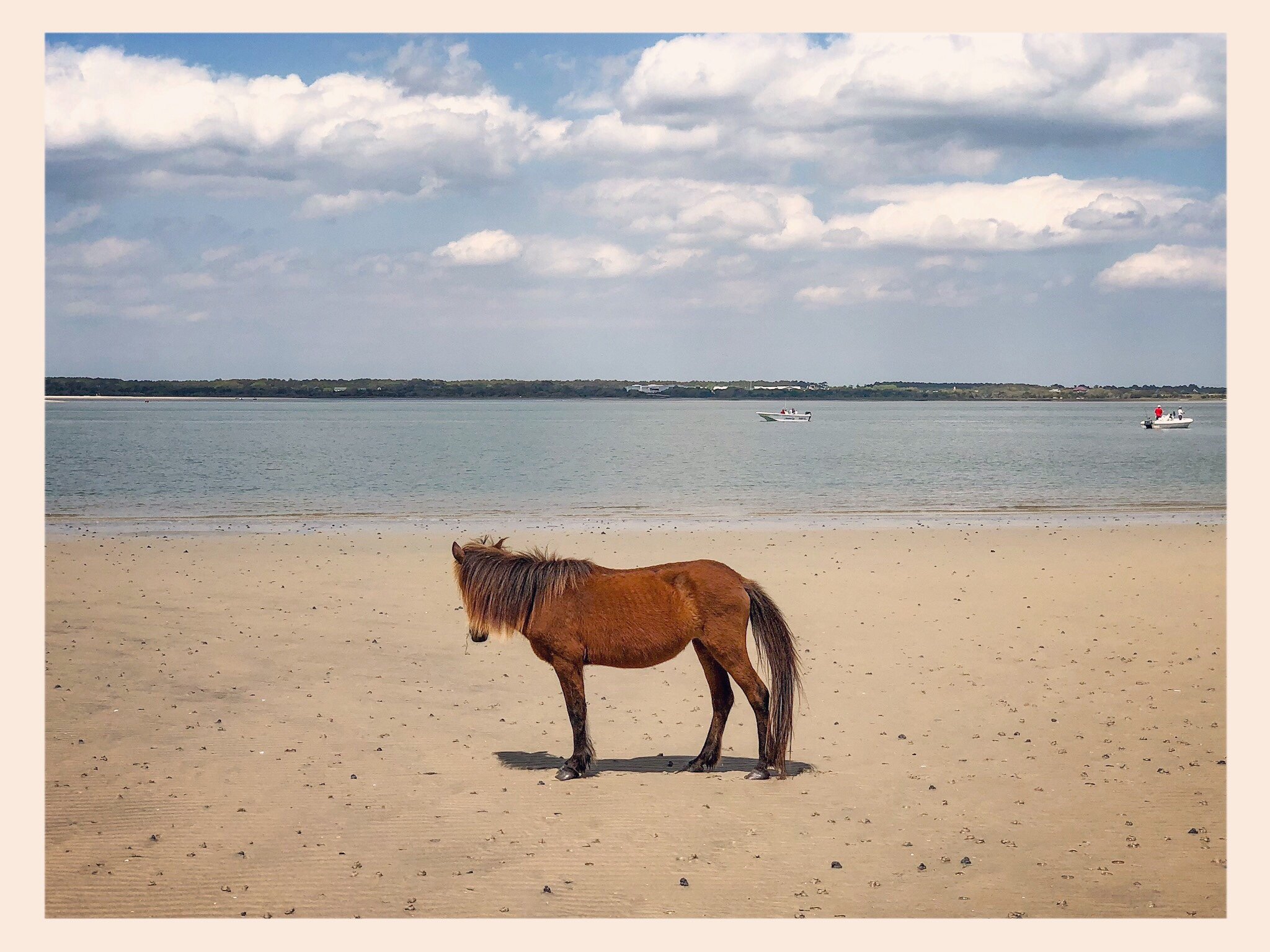 There are roughly 130 wild horses on Shackleford Banks that form anywhere from 20 to 30 herds. Through the coordinated efforts of the National Park Service and qualified nonprofits such as the Foundation for Shackleford Horses the population is regularly monitored. Numbers are freeze-branded on the horses to identify them and mare fertility is sometimes manipulated with the vaccine porcine zona pellucida (PZP) that acts as a birth control. Of course, there is also debate as to whether the horses should remain on the islands at all. They are an invasive species and compete with indigenous species for resources. Our coasts are fragile, and some argue that, although they have lived here for hundreds of years, the horses have been an unnecessary stress on the ecology for at least that long.

Despite hurricanes and construction, the banker ponies of North Carolina’s barrier islands are nothing if not resilient. Their presence on the beaches might have been accidental but they have made the most of it. That is part of the reason we love them as much as we do: strength of spirit and commitment to home are valued in this community.