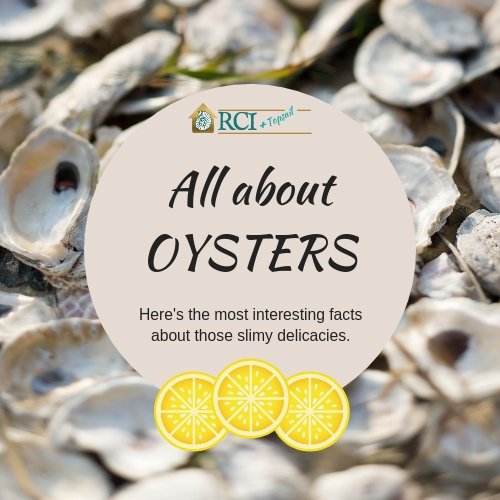 1. Oysters can change their sex.

They are with born with sex organs that allow them to produce both sperm and eggs, though not at the same time. They often start life as male, and end as female.

2. One oyster can filter up to 50 gallons of water daily

A single oyster can filter 1-2 gallons of water every hour, an extremely beneficial trait for the waters where it lives. Water is drawn in through the gills, which also brings in plankton and particles. These plankton and particle pieces get trapped in the mucus, and then move to the mouth.

Marine life relies heavily on oysters in our own Stump Sound, as the sound take in a great deal of rain run off. 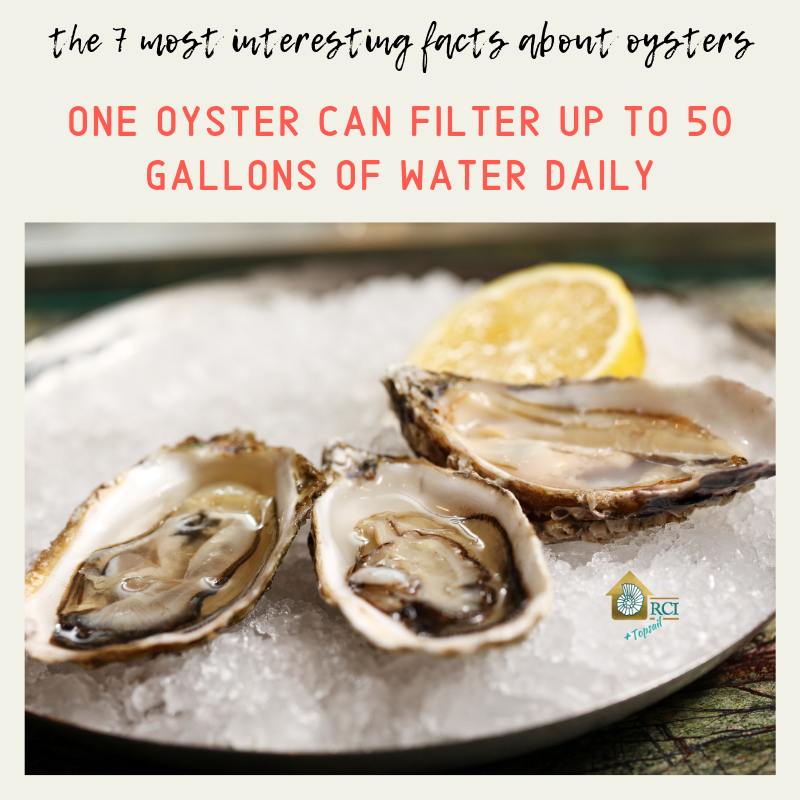 When the oyster eats, it reduces excess algae and sediment. This cleans out the water for a healthier environment for fish and other sea life. Hypoxia is when there isn’t enough oxygen to reach the tissues. This is an issue caused by excess algae and sediment in the water, but the oysters do a great job cleaning it up.  Marine animals like dolphins, wales, cod, and halibut rely on oysters to act as a water filter for their environment.  Oysters are totally the unsung heroes of the marine world. 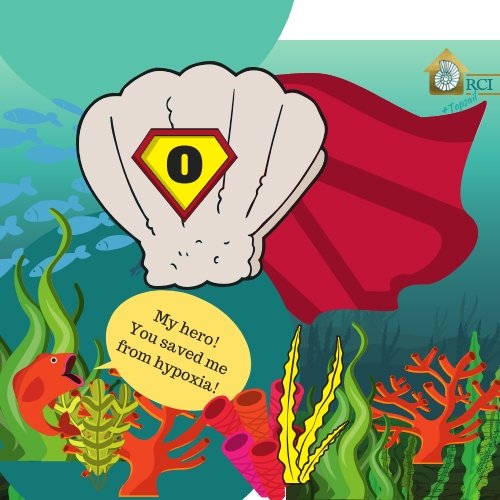 Pearls don’t come from the edible oysters that we enjoy. In fact, pearls mainly come form clams and mussels, not oysters. 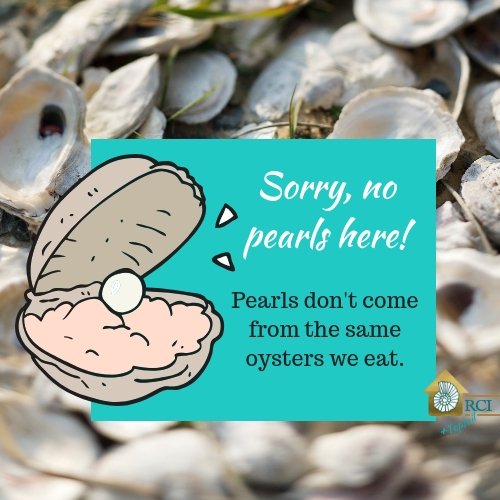 Location, location, location! Just like your broker, it matters where oysters come from. Oysters have different flavors, depending on where they come from. Their flavor is strongly influenced by the water and nutrients that they filter, so even though they are the same species, they have different tastes. Stump Sound Oysters grow particularly fat and salty, making them one of the most delicious types of oysters.

5. Stronger than you think.

Oysters group together, forming reefs. This natural barrier is incredibly strong and can even absorb the energy from a smashing wave. Up to 93% of the energy! Does this make you want to stop eating the oysters and instead, gather them up for protection against the next Hurricane Florence? Because that’s exactly what some people are trying to do, breeding oyster reefs to save property from water damage.

You can learn even more about oysters through one of Ecological Marine Adventure’s many marine biology classes.

Their blood is colorless. Creepy much?! 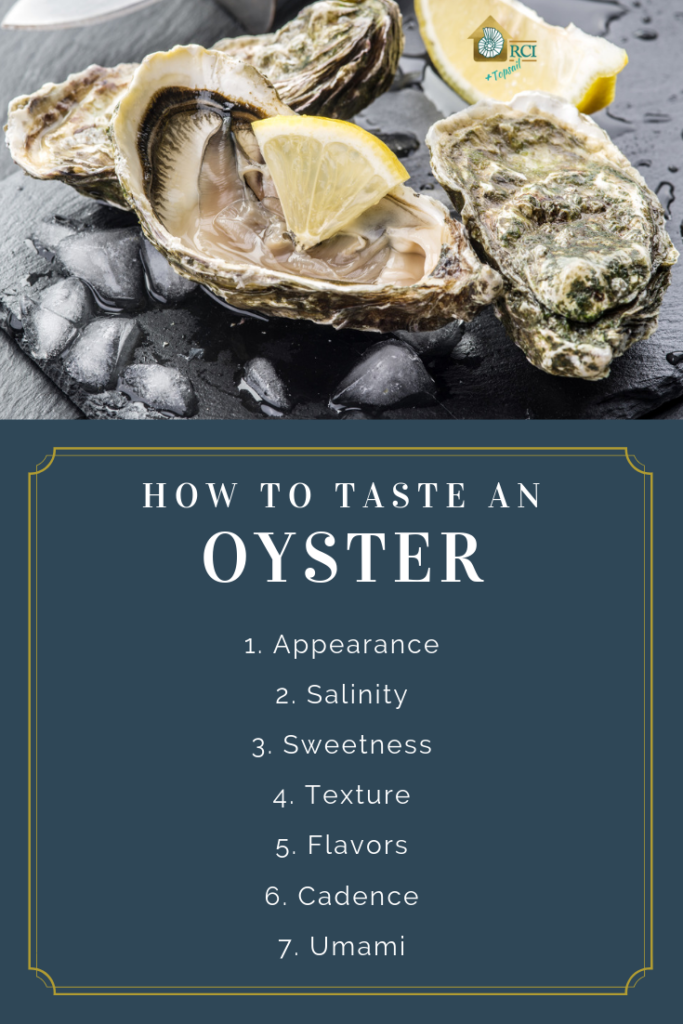 You have surely heard that you should only eat oysters in months that end in R. But guess what? You can chew them up the rest of the year too!

The R rule is because of red times, which are frequent in the summer months. The red tides are caused by algae that produce strong toxins that shellfish absorb. Warm waters heighten the issue, making locally raised seafood risky during this time.

However, commercially harvested seafood is regulated heavily to ensure food safety. So you definitely don’t want to go snag your own oysters during the warm water months, but restaurants that observe food safety are an okay bet. Just know that if you eat oysters during warm months of the year, they are not fresh, local oysters from the waters of North Carolina. 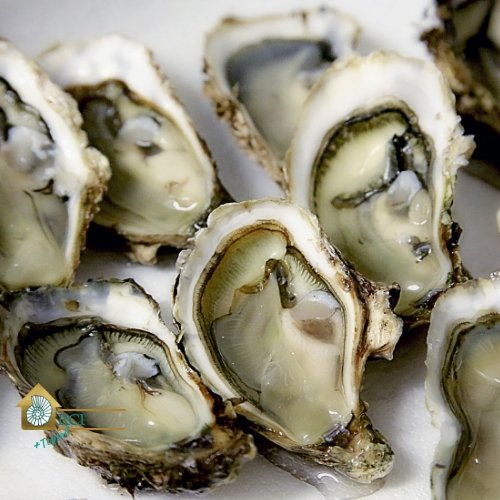 Eat ’em up!
Do you want your oysters to be fresh and local?

Click here to learn all about Stump Sound Oysters.

Oysters are shucking fantastic. hailing from our very own Stump Sound, the lagoon like water between Sneads Ferry and North Topsail Beach.