Oysters are shucking fantastic. The edible type doesn’t produce a pearl, but that’s okay. The real gem is the slimy ball of meat inside that tough to crack shell, and Stump Sound Oysters are the crown jewel of Onslow County and the Topsail area. 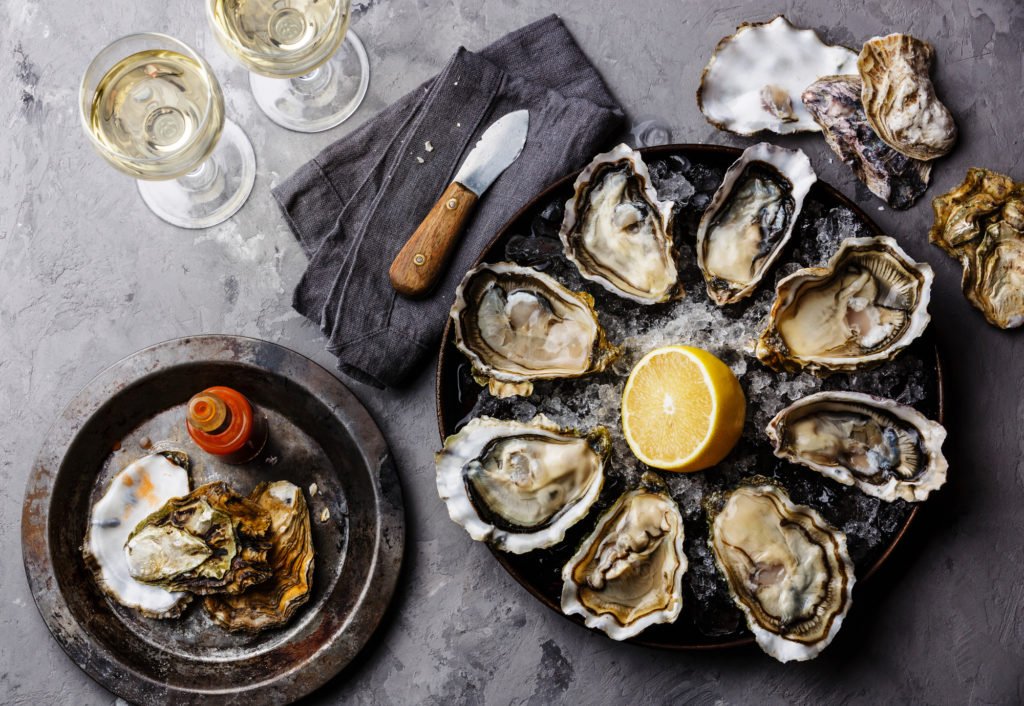 Oysters are served nearly everywhere these days, from seaside food stands to michelin restaurants. You can even buy them locally and prepare them at home! You will see local restaurant signs proudly displaying their oysters during oyster season, usually named by the place they come from.

Stump Sound oysters are delighted local’s favorite, hailing from our very own Stump Sound, the lagoon like water between Sneads Ferry and North Topsail Beach. These oysters relax in the protected environment, growing fat and healthy. Harder to crack than the average oyster, the Stump Sound oyster grows extra large and they are deliciously salty.  Plumpest during the cold months, oysters expend their energy for reproduction in the spring. 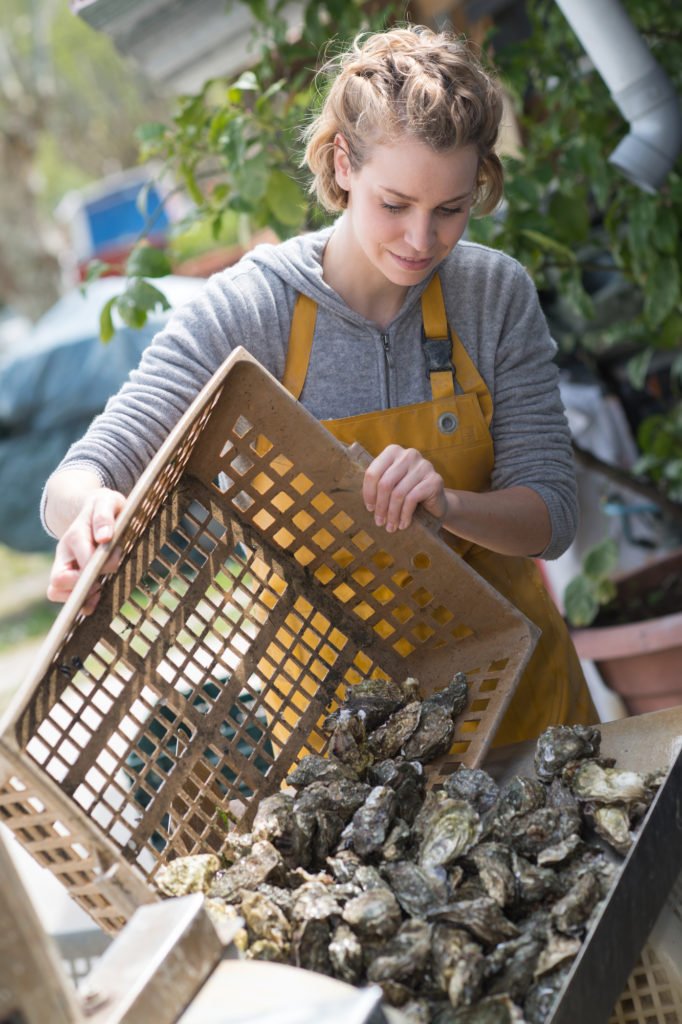 Topsail area restaurants all sell the well recognized Stump Sound Oysters during harvest times, or you can visit a local seafood market to take home and prepare yourself. Grab some veggies from Andrew’s Produce to make it a feast!

The Shuckin Shack of Surf City, NC currently features two local oysters from Three Little Spats Oyster Company and N. Sea Oyster Company. Both are available year round and when “wild” oysters are in harvest, they use 4-5 other local watermen.

They serve raw, steamed, chargrilled and fried oysters. In the fall, Shuckin Shack features their made-in- house oyster stew.  Check them out! 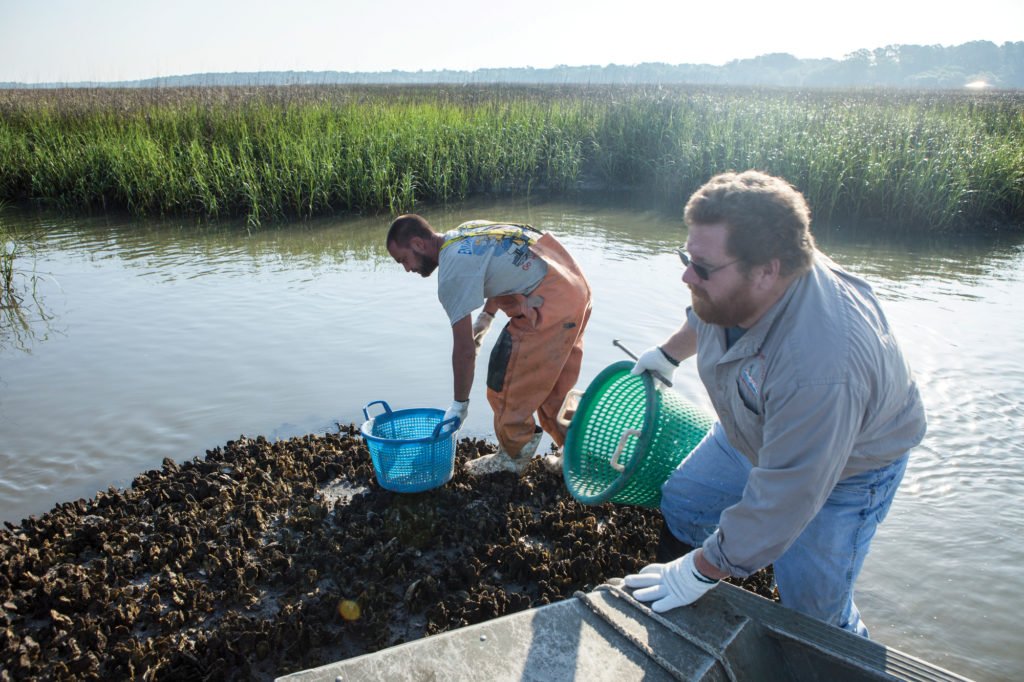 When to buy oysters

You can buy oysters at the supermarket and usually at restaurants too, any time of year. Oysters seem simple – crack the shell, eat the meat.  But they are actually really interesting creatures.  You can learn enough to impress your friends, here. 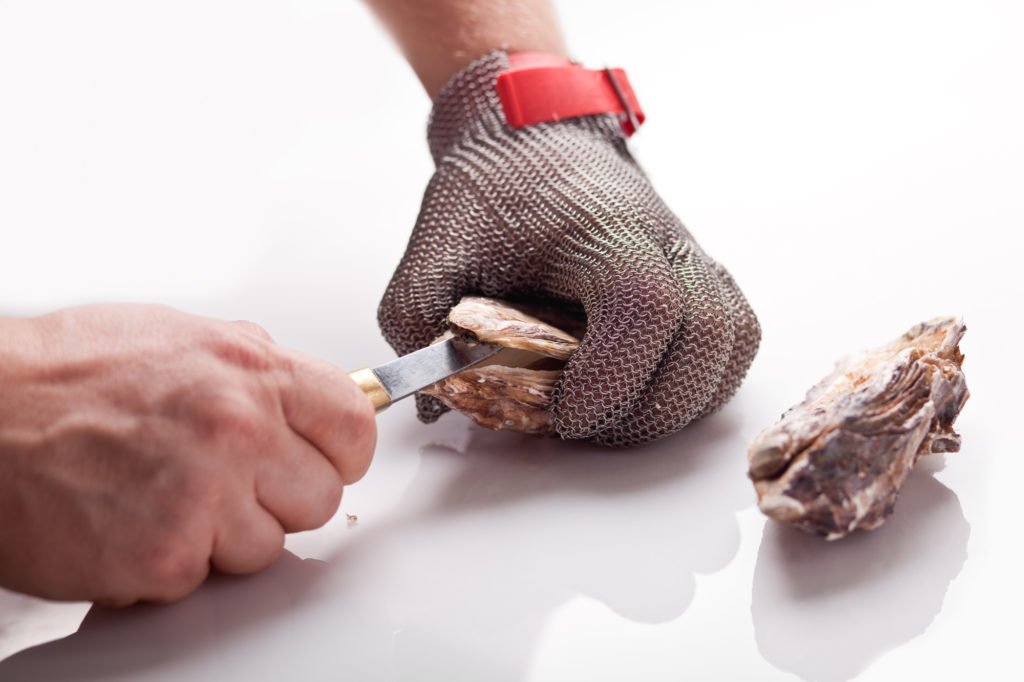 These oysters sold in warm months come from commercial fishermen, which means they have followed some very strict guidelines from the FDA to ensure these oysters are safe to eat. The oysters are taken from cold waters, so they don’t have the threat of toxins.

Oysters and shellfish absorb toxins from the red tides and things of the like, a problem during the warmer months. This is why you have probably heard that you should only eat oysters in months ending in R.

There’s a terrible old wives’ tale which claims you should only eat oysters in months that end in the letter R. To be fair, that was once true. Trains full of oysters would be shipped across the country, leaving a trail of illness by all those who consumed them. The easy solution was to stay away from oysters unless it was cold, generally being months that end with the letter R. Scary right? But then refrigeration was invented in 1834. It’s time to let the myth go.